Understanding how to empty a Dyson vacuum is an essential skill to have. Besides boosting your health and overall wellbeing, emptying the machine the right way will considerably extend its lifespan as it’ll serve you well for years on end.

Additionally, bagless vacuum cleaners are notorious for their tedious emptying process. That’s because you’re likely to leave a mess of dirt, dust particles, debris and everything in between on your floor, which evokes frustration.

Therefore, understanding how to empty your Dyson vacuum the right way will prevent you from making a mess on your floor. In this guide, we’ll walk you through the straightforward step-by-step process.

How to Empty a Dyson Vacuum

The brand has a wealth of models in its portfolio. Each has a unique design whereby the location of the dust cup and buttons varies. Nonetheless, although the design is different, the emptying process of each Dyson vacuum cleaner is closely similar.

To get the ball rolling, you’ll require the following:

How to Empty a Dyson Ball Vacuum

How to Empty a Dyson V-Series

While you may not realize it, the brand mainly revolves around the V-series stick machines. There’s a high likelihood that if you’re using a Dyson vacuum, it’s a V-series. It’s worth noting that there was a considerable change in the design of the V8 and later models.

The dust cup design transitioned from L-shaped to inline. Therefore, you’ll notice a significant difference in the appearance of a Dyson V10 and V8. It’s a no-brainer that the emptying technique differs with the change in design.

How to Empty the Dyson V6, V7 and V8 Vacuum Cleaners

These models include an L-shaped dust cup which is the design that most people are familiar with. However, if you’re new to Dyson machines, we’ll walk you through what to do when the cup becomes filled with dirt, dust, and debris.

These are the models with the new inline dust cup design. Given that it’s attached to the motor and the wand, emptying this Dyson vacuum cleaner takes practice to get the hang of it. To get started:

What Is the Difference between an Inline and L-Shaped Dust Cup?

You might be curious about how an L-shaped dust cup varies from the inline counterpart besides its appearance and the emptying process. While the L-shaped dust cup is excellent, it has one significant limitation: airflow.

When air flows into the vacuum from the cleaning head and gets to the dust cup, it must first move downwards. It’s then redirected upwards from the bottom of the cup. The air would keep flowing to the cyclone shroud, shifting direction for the 3rd time at the top of the cyclone and making its way to the exhaust vent.

After the third time, the airflow will have significantly diminished in pressure. Here’s where the modern inline dust cup comes into play. Since the exhaust, cleaning head, motor, and dust cup are on an uninterrupted straight line, the air flow remains consistent throughout the process.

Despite a more intricate emptying process, the V10, V11 and V15 vacuum cleaners are more sanitary. Therefore, they are best suited to those susceptible to allergies or underlying respiratory conditions such as lung disease.

Before you release the dirt, debris, dust, and pet dander, you can lower the dust cup to the bottom of the trash can. Doing so significantly limits the amount of filth.

Now that you know how to empty a Dyson vacuum, it’s not a difficult process. Once you get used to emptying your unit after a few attempts, it’ll become second nature and will take you five to ten minutes. After all, practice makes perfect! By taking care of your Dyson vacuum, it’ll reward you with excellent service for years down the road. 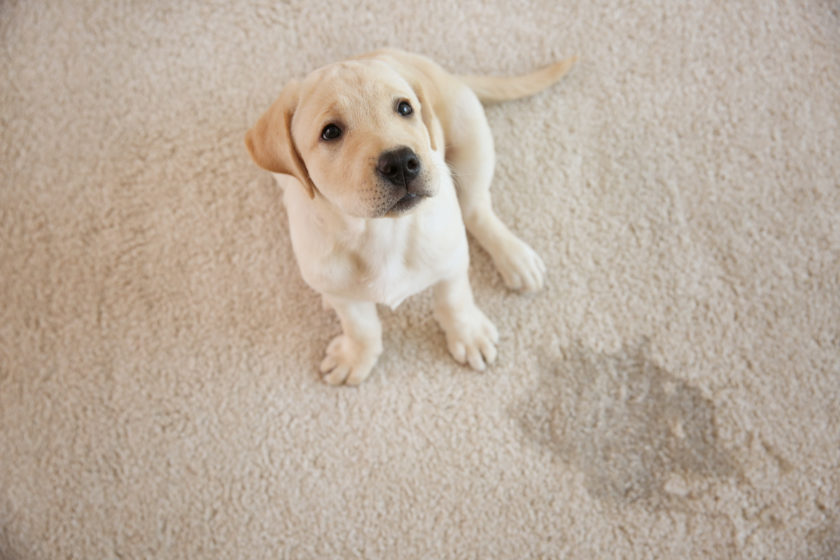 Chelsey is an expert content writer and creator with experience around multiple niches and search-engine optimization. She specializes in home and kitchen content.
Scroll to Top